Osun-Osogbo or Osun-Osogbo Sacred Grove is a sacred forest along the banks of the Osun river just outside the city of Osogbo, Osun State, Nigeria.

The Osun-Osogbo Grove is among the last of the sacred forests which usually adjoined the edges of most Yoruba cities before extensive urbanization. In recognition of its global significance and its cultural value, the Sacred Grove was inscribed as a UNESCO World Heritage Site in 2005.

The 1950s saw the desecration of the Osun-Osogbo Grove: shrines were neglected, priests abandoned the grove as customary responsibilities and sanctions weakened. Prohibited actions like fishing, hunting and felling of trees in the grove took place until Austrian, Susanne Wenger, came and stopped the abuse going on in the grove.

With the encouragement of the Ataoja and the support of the local people, "Wenger formed the New Sacred Art movement to challenge land speculators, repel poachers, protect shrines and begin the long process of bringing the sacred place back to life by establishing it, again, at the sacred heart of Osogbo. 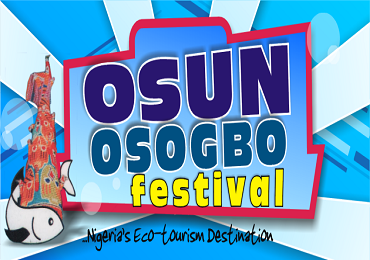