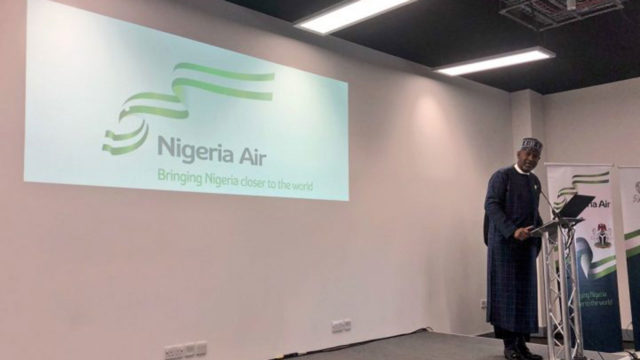 He said the $55million upfront grant, which he described as Viability Gap Funding (VGF) contribution to equity, would be sourced through either a supplementary budgetary allocation in 2018 or development financial institutions like AFREXIM bank, African Development Bank (AFBD), Islamic Development Bank (ISDB) or any other bank.

The minister added that these funding institutions have indicated keen interest to fund the national carrier project because of its bankability and profitability profile.

According to him, the federal government would not fund the entire project, but would provide only the startup capital in the form of VGF, adding that once the strategic equity investor is in place, the private investors would be expected to build on the initial investment made by the government.

He said the outline business certificate from ICRC made it clear that the strategic equity investors would not start the national carrier.

"In order to ensure take-off of the airline in 2018, government will provide $55 million upfront grant/viability gap funding to finance startup capital and pay commitment fees for aircrafts to be leased for initial operations and deposit for new aircrafts whose delivery will begin in 2021," the minister said.

According to him, "$8million represents startup capital for offices and others required for take-off. But $300 million is the entire airline cashflow funding requirements (aircrafts, operations and working capital) for three years (2018, 2019 and 2020). This funding can be in the form of equity or debt. The financial model estimates cash flow requirements as follows 2018 ($55 million - $8 million is included here); 2019 ($100 million) and 2020 ($145m)".

Sirika said the remaining financial injection by the federal government would be determined by the quantum of equity that the strategic equity partner would bring as a result of the Public Private Partnership (PPP) competitive bidding process.

The minister noted that as part of discussions with major aircraft manufacturers, the federal government might pay deposits for brand new aircraft and the manufacturers would support Nigeria Air in getting very good dry lease aircraft directly from 'C' checks and certified by the original manufacturers.

This, according to him, means that Nigeria Air might not start immediately with new aircraft but with leased fleet, pending when the aircraft orders made would begin to arrive.

"These aircraft lease period will be for an initial period of five years with an early termination option after four years. By the time the new aircrafts are ready, they will be replacing the leased aircraft till all the aircraft are owned by the airline," the minister explained.

He also said the national carrier would use any of the old airlines such as Arik Air or Aero Contractors because they have their different ideology and manuals, stressing that there is no secrecy in what federal government is doing.

However, the Managing Director of Financial Derivatives Company Limited, Bismarck Rewane told THISDAY that the expenditure on the airline by federal government is misplacement of funds.

"Nigeria's total budget for this year is $26 billion; so, I don't know why the government should invest $300 million as seed capital in an airline you are not sure will make a return on investment,

"All national carriers in the world have gone in the same direction; that is, they have gone down. They are not profitable. We have South African Airways, Kenya Airways, Swiss Air, Alitalia and others. It is only Ethiopia Airline that is run profitably.

"So, is national airline our priority when we cannot get Apapa out of traffic gridlock? If you open Apapa gridlock it will generate more money for you than what a national carrier can get for you. I think that is better than establishing an airline for pride. The national carrier does not add value to our economy because any Nigerian that wants to travel to anywhere now can do so without the airline," Rilwane said.

Nigeria Air and the Downsides of State-Owned Enterprises