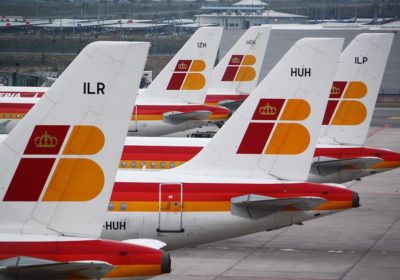 In a normal operational situation where there is no security threat, no diplomatic imbroglio and there is no war, foreign airlines cannot imagine leaving the Nigerian market, except under a peculiar but rare situation of low load factor; where an airline does not have passenger traffic.

Since February this year, four foreign carriers that have operated for several years in the country have left. Iberia, the Spanish national carrier was the first that left in February this year, followed by United Airlines and then last week, Emirates and Kenya Airways announced they would stop their Abuja operations.

This has sent Nigerian travelers panicking because it indicates lack of confidence in the country’s economy, augury of the possible collapse of the economy but above all, it shrinks the air travel market. The departure of these major carriers has cut down capacity, leaving the market uncompetitive.

The consequence of this is that airfares will skyrocket, travelers will have limited choices of airlines and they may not be able to travel to certain destinations because no airline, which is still operating in Nigeria, can go there, even with their code-share partners.

It has to be noted that Nigeria is a very lucrative market for international carriers. Most European carriers like British Airways, Lufthansa, Air France, KLM and others make the highest profit per flight from the Nigerian market.

They charge relatively very high fares on the Nigerian routes and always record high load factors above 70 per cent at all seasons.

That was why the Sales Manager, West and East Africa of Delta Air Lines, Bobby Bryan, said at different fora that the US carrier was not willing to leave Nigeria; that Nigeria remains a lucrative market at all seasons and this is because Nigerians have passion for travelling.

For over 170 million people of passionate travelers, one must be concerned when international carriers that have operated many years in the country and are pampered by the Nigerian government that gives them multi-designations without stress have decided to leave this juicy market.

The major factor that is driving away these carriers is foreign exchange. As Nigeria faces economic downturn, the naira nosedives in value, which means Nigerian travelers must have to spend more naira to buy tickets which prices are designated in dollars. For example, a return ticket from Lagos to London could be sold for $1,000, so the passenger pays equivalent amount in naira for the ticket.

But because he paid in naira the airline must have to exchange it to dollars before repatriating.

The Bilateral Air Service Agreement (BASA) and the attendant commercial agreement, which many foreign airlines’ host countries signed with Nigeria, include the clause that these airlines must repatriate their revenues earned from ticket sales, so it is not a matter of choice for them to be allowed to do so.

But from late last year these airlines started finding it increasingly difficult to repatriate their earnings because it was difficult for them to exchange their billions of naira in the banks to dollars. By June this year the airlines were unable to repatriate their monies amounting to $500 million. It rose to over $700 million in September before the Central Bank of Nigeria (CBN) enabled them to exchange 50 per cent of these funds.

Because the naira, few months ago, was no more pegged and was allowed to float, the value continues to fluctuate, so if an airline sells a ticket for $1000 naira equivalent in naira, by the time he is able to exchange it to dollar, the value of naira has gone further down, so he cannot get the $1000 value; rather he may be getting about $600.

So the airlines are losing huge revenues due to the country’s forex policy. They also lost hugely when CBN allowed them to repatriate the 50 per cent of their revenues because they did so under lower value of the naira than when the tickets were sold.

Other issues that are giving the foreign airlines concern and also act as disincentive include the poor airport infrastructure. One of the reasons why Emirates decided to leave Abuja airport was because of the poor runway, which is old, dilapidated and had expired over 10 years ago.

The runway constitutes a huge safety threat and has damaged many aircraft from the Saudi Arabia cargo carrier to the South Africa Airways aircraft, which forced passengers to stay in hotel for five days at the airline’s expense and to the recent damage of Emirates aircraft, which might be the last stroke that made the airline to take the decision to leave Abuja.

At the public hearing organised by the House Committee on Aviation on how to revamp the aviation industry last Wednesday, the Sales Manager of Emirates Airlines, Eghe Ekhator, explained the reason why the airline decided to stop operations to the Federal Capital from October 22, 2016.

Ekhator said due to the fluctuating value of the naira, when they sell ticket in the local currency, by the time they exchanged it to the dollar it would lose its value, so the airlines have decided that the only way they could continue to operate in Nigeria would be for government to peg the dollar exchange rate for them.

The House Committee Chairman on Aviation, Hon. Nkiruka Onyejeocha, said the House was worried about the suspension of flights to Nigeria by foreign airlines and the number of domestic carriers that had gone under, as there were indications that more might stop operation.

Asked why Emirates decided to stop its operations to Abuja, Ekhator said: “The challenge we are facing is not unique to Emirates. The major point is forex. Another problem is the runway at the Abuja airport. The runway issues may be addressed but for now it is still a concern.

“Another problem is aviation fuel. There is no long- term assurance, which means that a flight can come and it won’t have fuel to depart. Emirates is losing money running into millions of dollars.

The delay before we exchanged the ticket sales reduces its value because the naira is not pegged. For example, if you sell ticket for $1,000 and collect its equivalence in naira by the time you exchange it you may have only $600 dollars because of the floating exchange rate. So the foreign airlines are losing millions of dollars this way. That is why some are considering pulling out their operations,” he said.

So the airlines are demanding a solution to the fluctuating naira, availability of aviation fuel and rehabilitation of airports infrastructure; otherwise, the departure of the aforementioned airlines may be a precursor to the exodus of international carriers from Nigeria.

Airbus to Open Shop in Nigeria