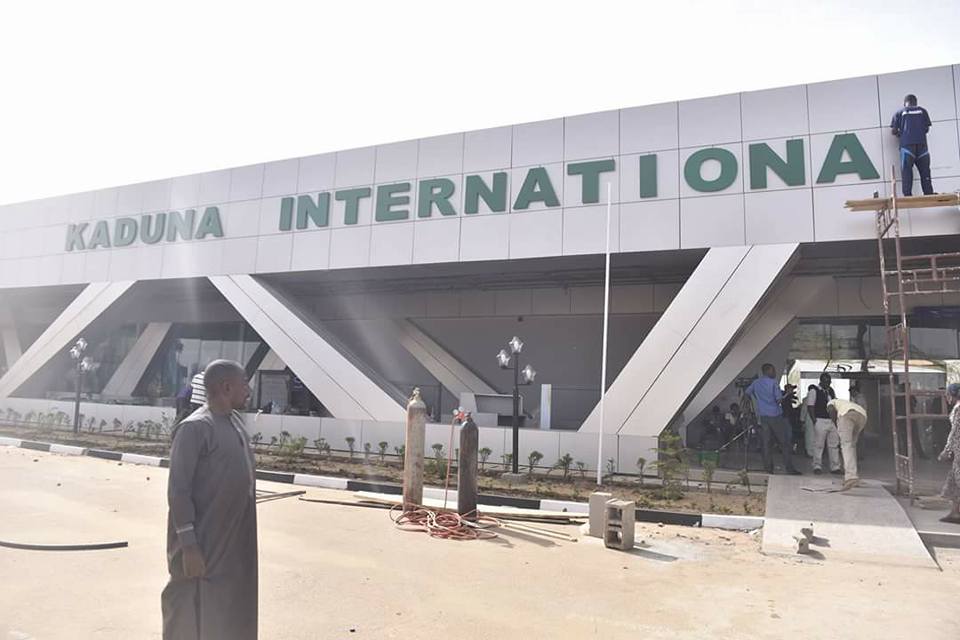 The Kaduna International Airport yesterday sprang to life as unprecedented number of commercial flights landed and took off on the first day of flight diversion from Abuja.

It took the federal government over two months to raise the level of facilities at the Kaduna airport in order to take over Abuja's responsibilities.

The airport which usually receives local flights of not more than a hundred passengers a day yesterday hosted several international flights.

The car park was unusually filled to capacity making some drivers park their vehicles on the curbs.

Our correspondent observed that airport officials, aviation workers, representatives of businesses, newsmen, and security personnel arrived at the airport as early as 8:00 am.

Security and other paramilitary outfits controlling traffic manned strategic points in Kaduna right up to the airport to make for easy movement of traffic.

By around 9:00 am, the usually sleepy terminal was bursting with human traffic as men and women of various agencies in the aviation made to welcome the first international flight to the airport.

The Ethiopian Air B787 with over 50 passengers on-board ‎and crew members landed at 11.30 am.

The Minister of State, Aviation, Sen. Hadi Sirika with aviation agencies' heads were on ground to receive them.

Ethiopian Air, a member of the Star Alliance, was treated to a ceremonial shower by the Federal Airports Authority (FAAN) fire service department on arrival ‎at the airport.

‎By 11:45am, Azman Air also touched down as well from Lagos, Nigeria. The aircraft flew in from Addis Ababa, Ethiopia. Ethiopian Air is the only foreign airline that had agreed to fly to Kaduna.

The captain of Ethiopian Air told the minister of state, Aviation Sen. Hadi Sirika that the runway was perfect and the instrument landing system (ILS) was great.

The Minister later told reporters he was satisfied with the work at the Kaduna airport.

Minister said shortly after the Ethiopian Airline touched down, that the government has been able to prove sceptics wrong.

He hoped that foreign airlines that vowed not to fly to Kaduna over security concerns would reconsider their positions following the successful landing of the Ethiopian airline.

He said the government would work to ensure that the six-week temporary closure of the Abuja airport is not extended.

"The challenge is to continue to ensure that everything is working very well and in the correct order so that six weeks would be six weeks so while you sleep in the next six weeks I will be up and alive.

"By the grace of God six weeks will be six weeks and I assure you that at the end of the six weeks, the airport in Abuja would be reopened," he said.

An intending passenger Abdullahi Hussaini who spoke with our correspondent said he is happy that the diversion of flights to Kaduna has been made a reality as it will impact on the socio-economic life of the people of the state.

"There's every indication that things will improve as the government has shown seriousness towards building infrastructure towards improving the lot of the people," he said.

Another passenger to India, Hauwa Manu, said as an indigene of Kaduna she was happy that she could now go directly from the Kaduna without having to travel to Abuja.

"We the people of Kaduna are quite happy with this development and I am satisfied with what I have seen so far," she said.

The minister said the new terminal building was over 95 percent complete and it's capable of processing huge number of passengers at a time.

The Minister inspected the screening facilities, the customs area, the health services area, Immigration and other facilities.

"Kaduna is working and we have a Dream liner from Ethiopian Airline and for that we thank the airline for believing in us, for partnering with Nigeria when the country is in times of need. We thank the President for also allowing us to do our job of keeping everyone safe within the aviation industry and for believing that we can do it. And here we are doing it" the minister said.

"Today signals day one of this operation which will be for six weeks. I want to reiterate that it will be six weeks and not more than that by the grace of God. I want to also thank the government and people of Kaduna who have become very supportive and are alive to the responsibilities" Sirika noted.

"We have a new Instrument Landing System in place. The pilot has just confirmed that it is working and is in order. So things are working" he said.

On the foreign airlines that refused to fly to Kaduna, the minister said "they will come. For sure whoever is not in Kaduna at the moment, I'm sure you cannot count his losses. So I believe that both British Airways, Lufthansa Air France, etc, they probably are regretting now and I pray that they will respond and start landing in Kaduna. This is because Nigeria is identifying its friends in times of need."

Also commenting, the Chairman Skypower Express and Coordinating Chairman of Movement Committee from Abuja to Kaduna, Captain Mohammed Joji said according to statistics, they have made provisions to receive about 14,300 passengers At Kaduna daily being the passenger traffic at Abuja Airport.

"The total movement with eight foreign airlines and eight domestic airlines, we should have about 207 flights coming to Kaduna in the long run because these are the numbers that go to Abuja and we hope they will come to Kaduna eventually. So, we have made provision for 14,300 passengers and 207 flights minimum. For the six weeks period, it is 605,000 passengers and in fact, the exact figure for daily passengers is 14, 520" he explained.

Capt. Joji also said "95 percent of the Kaduna facility is ready. We are trying and we have done a lot of work within a week. We stay here day and night and fortunately, we are already experiencing passenger movement".

Our correspondent observed over 10 Chisco Transport buses at the Kaduna airport to pick passengers for free to Abuja.

A cross section of the passengers expressed excitement over the readiness of the airport.

An Italian, Mr. Jionavi, who was travelling on Ethiopian Air to Rome said he came all the way from Abuja on his own to join the flight.

Mr. Jionavi, who is a consultant to the European Union based in Abuja, said he didn't feel any sense of insecurity.

He however noted that, though the airport isn't complete yet, the work done is good enough and he is comfortable.

He advised other foreign nationals to use the Kaduna airport.