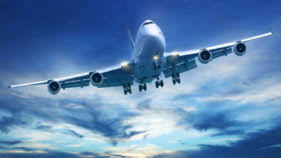 Strategic low-cost carrier programme has been identified as an important business model that will transform the air travel sector, especially the survival of local airlines and maximal use of airport infrastructure across the country.

Concerned stakeholders told The Guardian that whereas the strategy will lower prices for affordability on less viable routes, it will increase demand with new traffic routes opening up for optimal activities for struggling airlines.

The challenge, however, is evolving an effective collaboration that requires the transportation ministry, regulatory agencies and operators to workout the plan with some concessions across the board.

In a related development, travel agencies in the country have described the proposed plan by the Federal Government to tax both business and first class travel tickets as additional burden on the travelling public.

President of the National Association of Nigerian Travel Agencies (NANTA), Bernard Bankole, said while the plan was to increase revenue for the government's coffers, raising taxes will in fact crash the source of income as lesser number of air travellers will opt for the luxury air travel.

Specifically, a low-cost carrier (LCC) or low-cost airline also known as no-frills, discount or budget carrier is an airline that generally has lower fares and fewer comforts.

Group Captain John Ojikutu (rtd) observed that what the local carriers currently practice is mere low pricing regime that is doing more harm to the airlines.

Ojikutu said holistic low cost carrier approach is more realistic with win-win for all. President of a global distribution service company, Sabre Network West Africa, Gbenga Olowo, noted that the problem of the industry, as often misdiagnosed, is neither the lack of capacity nor non-viable routes (with 22 airports nationwide) outside of traditional Lagos, Abuja, Port Harcourt and Kano airports.Rather, the dearth of effective partnership among the local carriers to emerge stronger to fully maximise the demographic potential of the country.

Olowo said in respect of the high-capital intensity of the industry, the onus is on the operators to merge into one or two airlines, without necessarily losing their identity, to properly deploy their capacity nationwide.

Bankole, in his reaction, said the travellers are already paying more with the recent review of the rate of exchange from N305 official rate to N359.5/dollar.He said government needs to stop seeing aviation as a leisure vehicle and waiting cash cow, rather as a necessity for the economy to make progress.