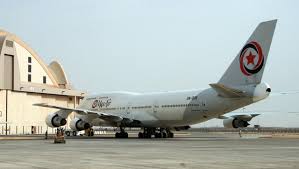 The management of Max Air Limited said it has concluded arrangement to commence domestic flights to all destinations in Nigeria to ease the hardship being encountered by air travellers in the country.

Already the Airline has purchased three additional aircraft which would be used for the domestic operation nationwide, it spokesperson, Ibrahim Dahiru said in a statement yesterday.

The newly acquired aircraft 737-500 with the capacity of 130 seats each would have its operational base in Kano.

Established in Nigeria in 2007, Max Airline has been operating as an International Chatter Ailine concentrating mainly on the annual Hajj and Umrah airlift and since inception it has been operating with seven wide bodied aircraft Boeing 747.