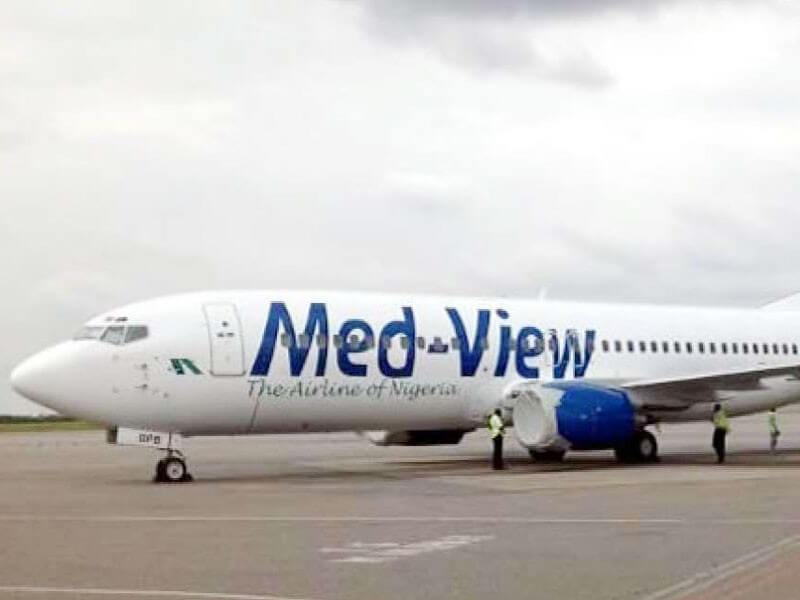 Ahead of the commencement of 2018 hajj operations and recommencement of its London services, Medview airline recently took delivery of its newly acquired B777-200ER to boost its fleet.

The Chief Executive Officer of the airline, Alhaji Muneer Bankole made this known in Lagos.

He said the aircraft was purchased through lease with a facility from FirstBank of Nigeria Limited.

He explained that the aircraft would be used during the hajj operations which commences on July 25, adding that it may then be deployed to London route afterwards, while it awaits return of the one of the airline's aircraft undergoing reconfiguration.

"First of all, we have to give thanks to God, it's like a dream come true, I use this opportunity to thank all my colleagues that have worked tirelessly to get this dream to light.

"The cost is high when you lease, you invest so much money, both the capital and the equipment, and you don't get something in return because the money goes out of the economy."

He said the airline presented its situation to the bank, which gave it 10 per cent interest rate window, "which empowered us to get this airplane. This airplane is a leased-purchase aircraft from Atmax, our partner in Canada.

Also speaking, the Executive Director, Business Development of the airline, Ishaq Na'Allah said the airline would commence airlifting pilgrims to Mecca and Medina by July 25, adding that it will airlift 10,000 people from six airports including: Lagos; Kaduna; Kano; Ilorin; Port-Harcourt and Maiduguri.

Continuing, Bankole said the airline would resume its London operations by Winter.

"We will return to London by this winter after the completion of the aircraft reconfiguration, we have got the slot already, we are reapplying, and we are returning to the route", he added.