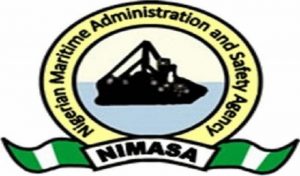 The National Association of Stevedoring Companies (NASC) has threatened a showdown with international oil companies (IOC) for refusing to comply with the marine notice the Nigerian Maritime Administration and Safety Agency (NIMASA) had issued them.

NIMASA had earlier this month directed all duly registered stevedoring companies with operational areas allotted by the Nigerian Ports Authority (NPA), which were yet to start operation, to mobilise to their work locations.

The directive, contained in the marine notice that NIMASA issued, stated that the affected companies should report any encumbrances to the agency, in line with the Stevedoring Regulation 2014, gazetted by the Federal Government of Nigeria, developed pursuant to the NIMASA Act, 2007.

It warned that only corporate bodies duly registered in Nigeria would be allowed to employ dock labour or engage in stevedoring work on board or from ships. Such corporate entities must have satisfied the requirements for registration as specified in the Stevedoring Regulation 2014, and obtained a Stevedoring licence from NIMASA.

NASC, however, observed that most IOCs had refused to comply with the directive.

It said that the management of the IOCs had refused to allow members access into their facilities, claiming that the stevedores did not have the requisite skills to work on-shore.

Addressing some maritime correspondents in Lagos at the weekend, the President of the Association, Bolaji Sunmola, and the Vice President, Aliyu Banbado, threw their weight behind the action of NIMASA in respect of coming up with a marine notice to stop IOCs' marginalization of stevedoring contractors.

Sunmola said that stevedoring contractors were finding it difficult to kit their workers "because they are poorly remunerated."

He said stevedoring contractors had been reduced to observer status at the National Joint Council (NJIC), where he alleged welfare packages for workers were negotiated.

"Government policies do not carry along the critical aspects of the operators. In the maritime sector worldwide, stevedoring is an international practice. So why should it be sidelined in Nigeria when it comes to concessioning?

"By reducing us to mere observers in the NJIC means that we have no say. They say we cannot provide adequate welfare for our workers. Many terminals do not have ordinary toilets for dockworkers to use, not to talk of providing them with personal protective equipment (PPE). In a situation where we are not involved in the minimum wage negotiation for dockworkers, how do they expect that we will implement it?

"Nigeria is looking to become a hub in West Africa. So everything we do must be up to standard. Dockworkers are not properly remunerated and that is why we are struggling to kit them," he said.