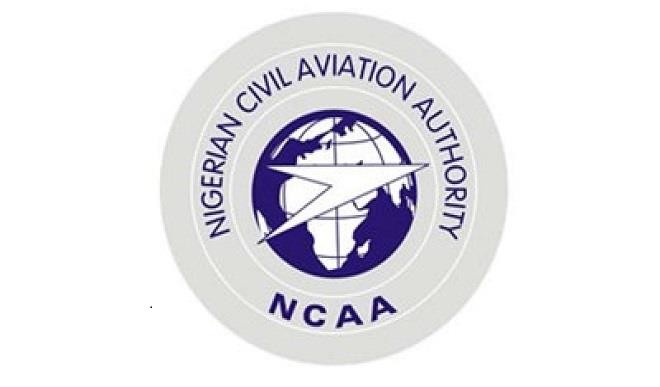 This is coming as the Managing Director of Federal Airports Authority of Nigeria (FAAN), Capt. Rabiu Yadudu, has said that the agency will implement flight spacing at all its airports in order to ensure prevention of spread of pandemic when flight operations resume.

The regulatory agency, it was learnt, has also queried its directors who allowed privately-owned aircraft to be used for charter services.

NCAA said it would ground such aircraft when used for charter or revoke the operating licence of anyone that disobeyed the directive.

Director General of NCAA, Captain Musa Nuhu, said the use of private aircraft for charter must stop forthwith.

THISDAY gathered that about 50 per cent of 100 privately-owned aircraft are used for charter operations and efforts to stop their owners had failed in the past.

THISDAY gathered that unlike private aircraft, aircraft designated for commercial charter service are usually subjected to stringent regulation, especially in the area of maintenance, to ensure that they are airworthy to operate safely.

They also pay five per cent charge to NCAA.

However, privately-owned aircraft are not subjected to such regulatory measures and they do not pay any charges to the regulatory authority, while their maintenance is at the discretion of the owners.

According to the circular, which was signed by Nuhu, privately-registered aircraft, known as Operations Specification Part G, which have Permit for Non-Commercial Flight (PNCF) would henceforth be stopped from operating for hire and reward.

"Following the recent revelations of misuse of PNCF and use of improperly registered aircraft listed on Part G OPS SPECS for illegal charters during the COVID-19 pandemic, the following measures shall be implemented immediately.

"All aircraft listed under OPS SPECS PART G (commercial wet lease) that is either in non-compliance or in violation of any part thereof of NCAR (Nigerian Civil Aviation Regulation) Part 9.2.3.4(b) shall be grounded with effect from Monday 29, June, 2020 (today) at about 800Z (8a.m).

"All affected AON (airline operators of Nigeria) holders shall be notified immediately. DOT to liaise with both DAWS and DATR to ensure no aircraft is listed under both OPS SPECS part G and PNCF," he said.

Nuhu also directed that "DATR shall provide a comprehensive list, details of all PNCF holders and all aircraft listed under their permit. All PNCF holders shall be reminded of the terms and conditions of the permit, especially the non-commercial nature. Any violation will attract penalty under Nig.CARs, including revocation."

He also directed the aforementioned directorates in the agency to develop procedures and guidance to ensure all NCAA staff complied with NCARs in processing all applications.

Nuhu also directed the concerned directorates to submit a single comprehensive report to him on the implementation of items mentioned above, measures taken and the reasons why these violations were allowed and not resolved in the first instance.

"All the address of this correspondence are to ensure strict compliance with these instructions as directed," the circular added.

FAAN Insists on Flight Spacing to Prevent Spread of Pandemic

The Managing Director of FAAN, Capt. Rabiu Yadudu, has said the agency will implement flight spacing at all its airports in order to ensure prevention of spread of pandemic when flight operations resume.

Yadudu said passengers' safety is a priority, adding that about 90 per cent of the agency's staff have been trained by World Health Organisation (WHO) on operational and response time on pandemic, including 100 per cent of its staff at Owerri Airport.

Yadudu told journalists in Lagos at the weekend that flight spacing was not to disrupt any of the airline's schedules, but to ensure total safety of passengers, airline staff and others within the airport environment.

According to him, FAAN has informed the NCAA of its plan, which will restrict multiple departures of flights from the same terminal at the same time.

"We have already told NCAA that we are going to space the flights. No two airlines will depart at the same time from our airports. The spacing is not to make things difficult for the operators, but to protect their staff and other users of our airports.

"It is not going to be unnecessary spacing. Like I told them, it is not a slot, but just spacing of flights," Yadudu said.

Speaking on the issue of inadequate space at the General Aviation Terminal of the Murtala Muhammed Airport (MMA), Lagos, Yadudu said plans were on to increase its capacity by about 200 per cent with the construction of fabricated materials within the facility that would be ready before resumption of flights.

He reiterated the readiness of FAAN to restart flight activities, adding that all staff have been adequately trained to implement the new order.

He explained that the management followed to the letter all the protocols on COVID-19 pandemic and advisory circular from NCAA, while the agency increased its performance by increasing the requirements.

Besides, he said FAAN's staff had been trained by Port Health Services in order to ensure compliance on resumption.

"Not all airports in Nigeria have 100 per cent of its staff trained by WHO and Port Health on COVID-19 pandemic, but we achieved that with Owerri Airport. All our personnel at Owerri airport were trained 100 per cent with certificates issued. Overall, about 85 to 90 per cent of our staff has been trained and we want to achieve 100 per cent training for all.

"At GAT, we have also erected a large canopy for people to stay in in case of rain. We also have sanitisers and equipment to test their temperature at the airport and others in the country. Our tap water has sensors to minimse touch.

"We are discussing with some companies to enlarge the GAT with fabricated materials because we don't have time for concrete work, which may take another five months to complete. The expansion of the GAT will lead to 200 per cent in the hall capacity," he said.

Yadudu added that FAAN was installing transparent shields in front of all airline counters operating from its terminal in a bid to minimise physical contacts, adding that wearing of face masks and other protocols by the Nigeria Centre for Disease Control (NCDC) would be made compulsory.

He said FAAN would open two arrival halls at the Nnamdi Azikiwe International Airport (NAIA), Abuja for the convenience of passengers.