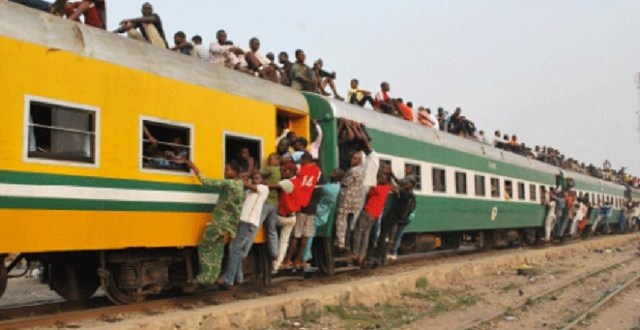 Latest statistics from National Bureau of Statistics (NBS) has revealed that a total of N435.97 million was generated as revenue for passenger travel in the second quarter (Q2) of the year against N435.95 million in Q1.

The revenue rise is despite the drop by 2.41 per cent in the total number of passengers who travelled by rail transportation to 730,289 passengers in the quarter under review compared to 748,345 passengers recorded in Q1.

Likewise, a total sum of N159.08 million was realised as revenue from goods/cargo operation in Q2 compared to against N151.28 million in Q1.

In 2017 total revenue generated from rail transport passengers was valued at N1.19 billion.

Meanwhile, the Minister of Transportation, Rotimi Amaechi, has called on China Civil Engineering and Construction Company (CCECC), the company contracted by the Federal Government to construct the $1.5 billion Lagos-Ibadan standard gauge railway project, to bring Nigerian engineers onboard the project.

The Minister, who insisted on inclusion of local engineers during the inspection of the project in Ibadan, last week, said hiring local engineers will improve local content development.

Despite his satisfaction with the progress of the project, Amaechi urged the contractors to employ six Nigerian engineers for each of the major sites, to understudy and supervise the project.

Recall that on August 9, 2017, The Guardian had reported that the Federal Government was in breach of its own local content law in the award of the contract to CCECC with inclusion of Nigerian firms.

Apparently seeing the wisdom in including Nigerian firms in the project, the minister is therefoe making amends.

There was a disagreement between CCECC and the project supervisors, that CCECC did not bring the design for them to approve.

“We have given them two weeks to turn in all the designs of all the stations; I hope that they would start building at the same time.