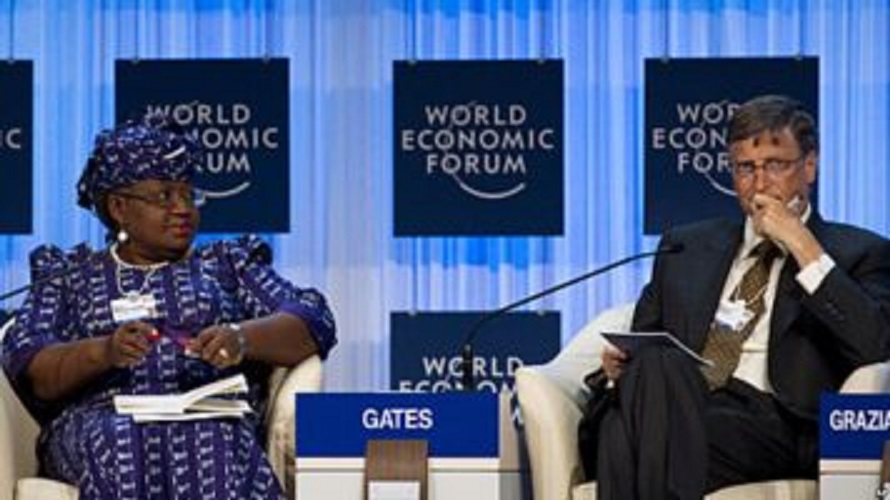 In 2050, it is estimated that Africa will have over 600 million youths. This will form the bulk of its population and many pundits are scared to death that, with the current afflictions of Africa, this incredible amount of raw energy could be a ticking bomb for the continent. And if this is seen in any way as a ticking bomb, Nigeria should be more worried as it will have the youngest crop of the continent's youth population. The logical sequence is to question if Nigeria is prepared for this eventuality.

Recently, Bill Gates looked at Nigeria's development plan and passed a vote of no confidence in its ability to lift the country out of poverty and ensure economic prosperity for the vast majority of Nigerians. In his address to the expanded National Economic Council, the former world's richest man pointed out critical areas in need of improvement in Nigeria's development plan. He said, "The Nigerian government's economic recovery and growth plan identify investing in our people as one of three strategic objectives. But the execution priorities don't fully reflect people's needs, prioritising physical capital over human capital. People without roads, ports, and factories can't flourish. And roads, ports and factories without skilled workers to build and manage them can't sustain an economy".

It is saddening that the government, rather than critically look at this piece of advice, coming from a renowned business mogul who has invested over $1.6 billion in the country without any party affiliation, went on the defensive, calling his analysis incorrect. But the billionaire will not be cowed as he recently told the CNN that he still holds on to his opinion that the Nigerian government is not doing enough. "As a partner in Nigeria, I am saying the current plan is inadequate. Nigeria has all these young people and the current quality and quantity of investment in these young generations; in health and education just isn't good enough. So, I was very direct, if they can get health and education right, they will be an engine of growth not just for themselves but for all of Africa", he told CNN.

Interestingly, it is not only Bill Gates who has expressed the pivotal role Nigeria has to play in the liberation of the continent from poverty. Dr. Ngozi Okonjo-Iweala mooted a similar opinion in a recent presentation at the Duke University lecture series on 'Rethinking Development'. The former finance minister said Nigeria being one of the largest economies in Africa, with a 30% GDP of the continent's economy, has to get it right for the rest of the continent to get out of poverty as its prosperity will rub off on the other Sub-Saharan countries.

Like Bill Gates, Dr. Okonjo-Iweala had expressed the need for inclusive growth in the continent. This is something that has eluded this government and even previous administrations. Inclusive growth is a growth that benefits everyone, leading to a more prosperous economy and equitable society.

This term was popularised in the 2000s when the World Bank found to its dismay that their economic predictions were flawed as nations experienced growth without a concomitant reduction in inequality or an improvement in the standards of living. Nigeria has experienced growth but this has hardly impacted the vast majority. Therefore, this government has to ensure that whatever economic plan it is implementing makes growth more inclusive and doesn't leave many stuck on the margins of existence. As Dr. Okonjo-Iweala rightly said, poverty is bad for growth as no nation should be proud of growth that does not reflect on the masses. Her opinion is crucial to the repositioning of Nigeria's development.

Another area they both agree on is the role of education in the development of any nation. Bill Gates' address emphasised the need to prioritise education as this is the foundation of sustained prosperity. This is also a talking point in the lecture delivered by Dr. Okonjo-Iweala at the Duke University lecture series. The former finance minister was particularly concerned about female education and the reverberating effects their education have on the household and the country at large. She bemoaned the 90% female illiteracy in the North, stating emphatically that this is something the government should be looking at.

As it is, female illiteracy in the North is likely to stay the same for a while since the insurgents have decided to turn them into pawns in the war against the state. The Chibok girls have not been totally returned and the recent abduction and return of some of the Dapchi girls is a blow to female education in that region. In this light, the government should consider what Dr. Okonjo-Iweala did as minister of finance by fixing a plan for gender budgeting that will ensure that the female child in the North is not left behind in the name of insurgency. In the case of Dr Okonjo-Iweala, her gender financing covered a wide range of vulnerable women.

Above all, the Economic Recovery and Growth Plan should consider driving innovation, creativity and productivity with fiscal responsibility. The rising debt profile of the country is something every Nigerian should be worried about. Former US Secretary of State, Rex Tillerson's warning to Nigeria and other African countries about their mounting foreign debt is food for thought. The government has to ask itself if the loans are creating jobs for the teeming young men and women or it is storing up huge economic burdens for them.

5 Travel Hacks That WIll Save You Money On A Trip