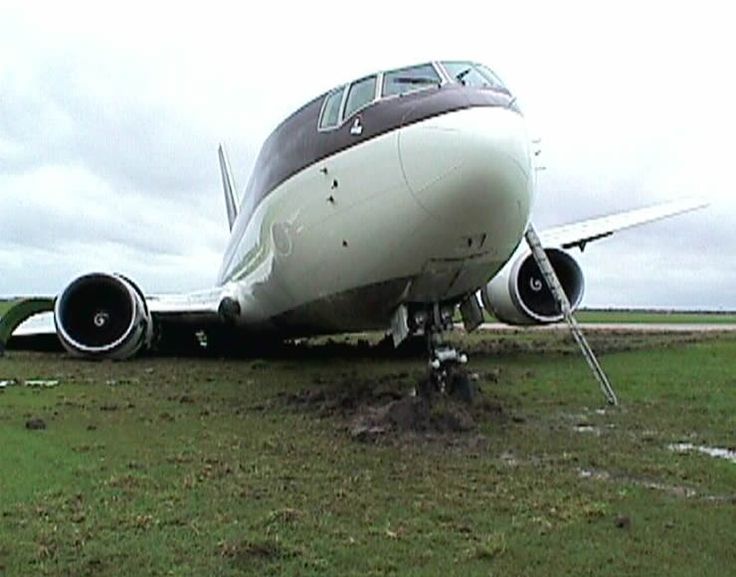 One of the achievements recorded by the Nigerian Civil Aviation Authority (NCAA), according to its Director-General, Captain Muhtar Usman, who addressed journalists on Monday, was that 2016 was the third year Nigeria has not recorded any accident in civil aviation.

The last air crash recorded in the country was on October 3, 2013; when Associated Aviation Flight 361 on domestic charter from Lagos to Akure, Ondo state crashed on take-off.

Nigeria was almost recording air accident every year, which peaked in 2005 and 2006 but there was interlude until March 2008, when Wings Aviation aircraft, Beechcraft 1900D disappeared on its way to Bebi airstrip in Cross River state and four years later the tragic Dana Air crash with 163 fatalities on June 3, 2012.

The period between 2008 and 2012 might be the longest so far in recent times that Nigeria maintained clean slate in air accident. But many in the industry believe that Nigeria will meet that record of four years by June this year and surpass it with a determination to ensure no civil aviation aircraft is involved in accident.

So many things had happened since the last accident on October 3, 2013. What has become discernible is that the airlines have taken it as a huge responsibility to ensure that their aircraft are airworthy; it does not matter whether the regulatory authority is monitoring or not. The airlines have also realised that if there is an accident involving one airline, the other operators will suffer huge losses because passengers will dessert the airports.

After the Association Aviation flight crash, the NCAA drummed it home to the airlines that it is their responsibility to ensure that the aircraft they operate are airworthy. In human lives and in monetary terms, the airlines know that an accident may put to an end their existence and those who in the past cut corners or contemplated cutting corners have realised that they will carry the can when accident occurs.

But there are two other factors that have inspired airlines to ensure they fly safely. One is the ministerial meeting among African nations in Abuja, after the Dana Air crash, where it was declared that by December 2017, all African airlines must have the International Air Transport Association (IATA) Operational Safety Audit (IOSA) before they would be allowed to continue to operate. That is the well-known Abuja Declaration.

The airlines face huge temptation to cut corners because they are finding it extremely difficult to obtain foreign exchange to fund their operations. The Chief Executive Officer of Medview Airline, Alhaji Muneer Bankole said that even with the Central Bank of Nigeria (CBN) window given for easy access of forex to airlines, the operators still face difficulty obtaining funds because it takes about three to four months for them to access dollars in exchange of the naira given to the apex bank. In that interim their aircraft may suffer bird strike, which would prompt engine replacement, the landing gear may need to be changed, new tyres may need to be purchased and they lose huge revenues having their aircraft on ground.

Besides, due to the low value of the naira, airlines spend more than double the amount of money they spent in the past to purchase spares they bought at far cheaper price about two years ago and this becomes very difficult because they sell their tickets in naira and buy spares and other services, including insurance in dollars.

The series of air crashes that have taken place in Nigeria has become a huge source of fear to air travellers, to the extent that some Nigerians who can afford to travel locally by air chose to use other means of transport because of the fear of accident. THISDAY learnt from operators that passengers tend to exaggerate or distort issues concerning safety because of the ingrained of accident; that a little noise from aircraft that seemed usual could send panic among passengers that have already boarded flights and they would struggle to de-board.

To sustain the zero accident record, self regulate by airlines is very crucial, while NCAA continues with its oversight functions.

The Executive Director and Chief Operating Officer of Medview Airline, Lookman Animashaun, told THISDAY at the weekend that certain actions must be taken to ensure the sustenance of the airlines and government has a big role to play in order to realise this.

"For the airlines to thrive and survive in this country, government must come out with a policy to save the industry. I am not saying that for Med-View but the industry. It is not only the airlines, even the regulator; it also needs enough foreign exchange to be able to put infrastructure in place. Government should come out now to address that issue. The country is going aground gradually and nobody is talking about it. If aviation industry should continue this way, before the end of this year we only need prayer and God's guidance to be able to get us through this year and I believe we will try our best, we would continue to pray. What we need now is to strengthen our corporate governance and safety record to be able to move ahead and we should be able to do that," he said.

Chairman of Air Peace, Chief Allen Onyema said the country needs Maintenance, Repair and Overhaul facility, noting that it is very critical for the airlines and not only that it would curb the huge funds Nigerian airlines spend overseas; it will also reduce the pressure on forex. In addition, Onyema noted that it would be a money-spinning project for Nigeria because all the aircraft in West, Central Africa and other areas would be bringing their aircraft to be maintained in the facility and they, of course would pay in foreign exchange. This would generate enormous revenue for Nigeria. Industry operators had canvassed that government should facilitate it by providing enabling environment for its establishment by the private sector.

While it is said that about 40 to 50 percent of cost of operation is spent on aviation fuel (it has risen to 80 percent in Nigeria due to high cost of aviation fuel), the second huge expense by airlines is cost of maintenance; which is done largely overseas at high cost of foreign exchange. So for Nigerian airlines, humongous amount of money in foreign exchange is spent on maintenance, engagement of expatriate skilled manpower, including pilots, engineers, schedulers and others.

Ferrying the aircraft overseas for maintenance constitutes another challenge and more expenses, including allowances paid to pilots, hotel accommodation, fuelling and airport charges. So it will cost the airlines far less if they could carry out major maintenance of their aircraft locally, but there is no big maintenance facility in Nigeria.

Akinkuotu said the biggest 'killer' of airlines in Nigeria is this huge costs associated with C- Checks.

"This is because most airlines are unable to pay for the checks and eventually abandon the aircraft at the foreign MROs which usually refuse to release the aircraft to the airlines until all invoices are settled. You may want to ask if the airlines don't know of the costs before sending out their aircraft in the first place. The truth is that in the agreement, the MRO may charge a very attractive standard C- Check fee of $500, 000. But when the aircraft gets to the facility and the actual work begins and panels are opened, there are usually findings, which are beyond the quoted cap that must be rectified. This is where the huge difference comes in that dramatically raises the final C check cost.

"On the domestic front, our Nigeria Civil Aviation Authority (NCAA) in its wisdom has imposed a calendar limit for a C- Check at every 18 months and depending on the scope of work to be performed, an average C- check costs $1million. By today's exchange rate of N395/1US$, this can be said to be conservatively N395 million per aircraft every 18 months (it is now far higher with the continuous fall of the naira). 60 percent to 70 percent of this cost is labour costs while the balance is the cost of parts and engineering services associated with the C-Check," Akinkuotu had said.

So it is imperative that for Nigerian airlines to be able to sustain the zero accident record there must be maintenance facility or facilities established in Nigeria.

NCAA on Monday while beating its chest on its achievements identified ways it could sustain the zero accident record. The Director-General during the media briefing said the regulatory authority would increase its safety oversight, have wider and more regular surveillance, introduce more stringent enforcement and apply appropriate sanctions on erring airlines.

NCAA said it would review and strengthen economic regulation, which would become "much more far reaching" and the airlines operational books would be sighted with increased regularity.

It is hoped that with increased stringent oversight measures and strict self-regulation of the airlines, Nigeria would join the countries that have spent decades without any major accident involving commercial airliners.