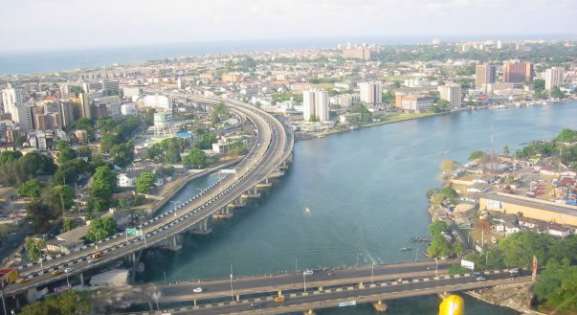 Victoria Island is the beauty of Lagos city. The neighborhood is so well known that even the names of its streets have become iconic across the nation. This island is only one of Lagos’ districts that has the most inimitable skyline.

Originally surrounded entirely by water, It was bordered by the Atlantic ocean on the south, the mouth of the Lagos Lagoon on the West, the Five Cowrie Creek to the north North, and swamps on the East.It has since, however, been filled (by the British colonial government to reduce mosquito breeding areas), creating land bridge between Victoria Island and Lekki Peninsula , and ending its existence as a true island.

Victoria Island is one of the most exclusive and expensive areas to live in Lagos and Nigeria as a whole. While the rest of Lagos has much to see and do, it is Victoria Island that represents the city – and sometimes the entire Nigeria to the world.

Packed with attractions, dining and drinking for any budget and an expansive offering of shows and live music, the neighborhood is certainly the center of the action in Lagos City. You could spend a week on this tiny island and still not see all there is to see. Grab a yellow taxi, hop on a keke-maruwa or just start walking, and you are sure to begin to understand just what it is that makes Victoria Island, tick. Jumia Travel, Africa’s largest hotel booking portal shows you more.

Try imagining VI’s skyline without the towering spire of the 1004 Buildings. Impossible, right? The buildings are among the largest single luxury high rise estate in Sub Saharan Africa and comprises over 1004 flats, maisonettes, studio apartments.

No matter which part of V.I. you are wandering through or where your curiosities lie, it’s hard to miss this architectural fixture or pass it without being awestruck. Located next to the Civic center, it has become one of Victoria Island’s  most eye-popping skyscraper.

Oniru Palace  is located on a road named after the structure, next to Maroko and is the location where the ruling house of the area resides. The Oniru Palace Road has a length of 1.34 kilometres.

You can find some of the best hotels in Victoria Island during your visit. From boutique and upscale spots to luxurious corners, Victoria Island still offers the most comprehensive range of Lagos hotels. Growth areas include the Eko Atlantic city, which is getting a new lease on life as its development nears completion.

Upscale chains such as Four Points by Sheraton, Protea Hotel VI, Intercontinental Hotel Lagos, Beni Apartments & Suites have their flashy property erected in the district, 5 star hotels including Federal Palace Hotel, Eko Hotel, also Lagos Oriental Hotel have taken up  spots  in the area. There are also favorite longstanding B&B’s, which will give you a taste of local life.

The dining choices in Lagos are almost infinite, and deciding where to spend your food money can be overwhelming. Victoria Island’s rich history, lively bars and growing number of hot restaurants attract young, adventurous visitors as well as businessmen and women. The breadth of the Victoria Island’s restaurant scene is truly something to behold, ranging from internationally renowned fine-dining establishments to tasty cheap eats, and boasting a cosmopolitan range of cuisines to choose from, including Italian, Chinese and Indian.

Victoria Island is one of the best shopping areas in Lagos. The district  is rightfully famous for its glossy, perfume-scented stores and high-end boutiques, which sell everything from bespoke suits to top-notch leather bags and exquisite diamond engagement rings.While there are very few local markets, there are places where you can get the most of retail goodness. V.I is an especially great destination for a shopping holiday if visting  Lagos, as the exchange rate will be in your favor!

Kano, A City Of Antiques And Culture