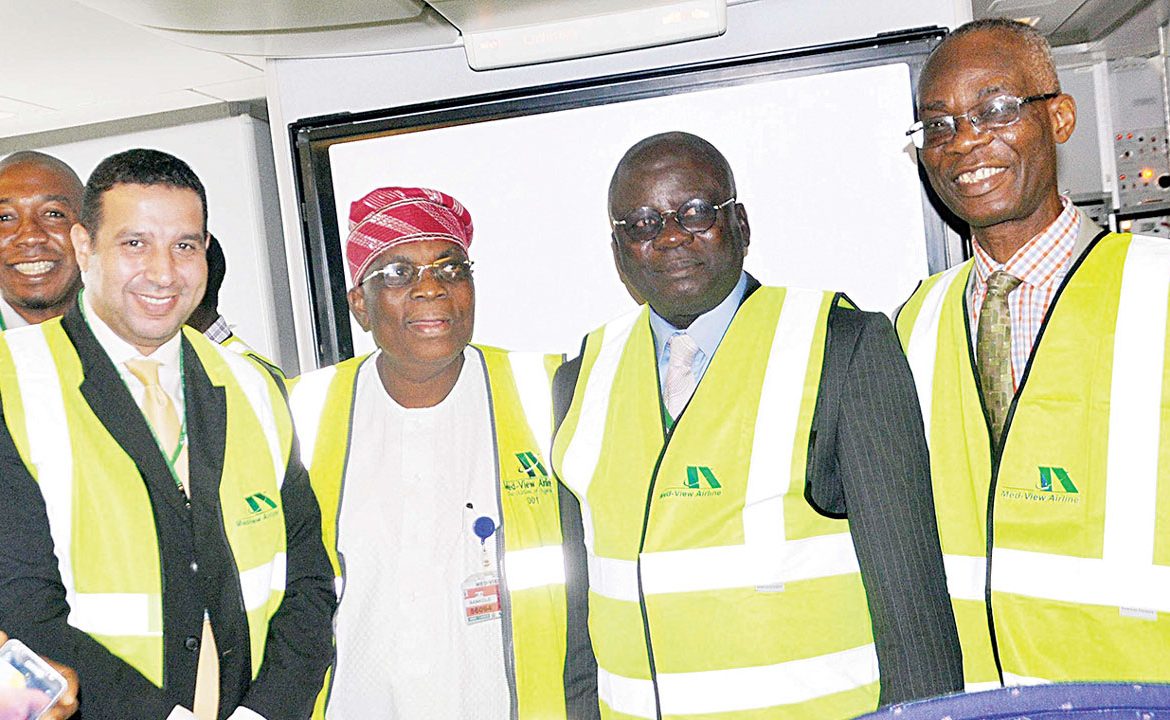 Med-View Airlines Plc has acquired a Boeing 777-200ER aircraft to revive its international operations. The wide-body aircraft is the second of such in Nigeria, after Air Peace acquired one in January this year.

The aircraft with registration number: 5N-BVY, was flown to the Murtala Muhammed International Airport Lagos to the jubilation of management, staff of the airline as well as airport workers.

The aircraft is wholly owned by Med-View Airline and has a capacity of 323 passengers, with 28 in Business Class.

The jumbo jet has been deployed to Hajj operations when the airline begun airlift of pilgrims to Mecca and Medina this week. The airline is expected to airlift about 10,000 Nigerian Pilgrims during this year’s Hajj.

Chief Executive Officer (CEO), Muneer Bankole, said that the aircraft would resume on Lagos-London after the Hajj and Lagos-Dubai route later this year.

Bankole said the Boeing777 was a product of careful planning and support from First Bank.

“So, today Med-View is growing. We own four airplanes at the first time and we have been leasing on one of our major business, which is Hajj.

You have been seeing foreign carriers like Air Atlanta, Euroatlantic over 10 years ago and we thank God today. Since the beginning of this year, I will say that we have stopped the business of leasing. So, today we have acquired a Boeing 777-200 ER.

Four Tips For Travelling With The Kids